By the end of the chillingly named ‘cutting season,’ more than two hundred and forty girls had made it to Rhobi Samwelly’s refuge. Here are just a few of the most courageous girls in the world who managed to avoid mutilation and child marriage. 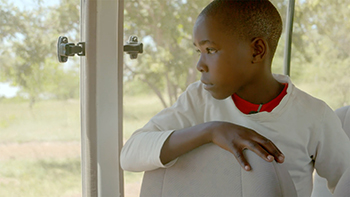 Rosie heard about the harmful effects of FGM at school on the same day her mother told her “your time to be cut has come”. Frightened, the twelve-year-old tried to reason with her mother but when she refused to listen, Rosie packed a few belongings in a plastic bag, pretended she was going to school, and ran to the Safe House.
“We must not be cut, we must be loved,” the young girl says.

Neema was just twelve when she braved wild elephants to flee from FGM. Her Dad had planned to marry her off and get cows for a bride price and said she had to be cut first. Luckily, she had heard from another girl at school about a Safe House where children like her are protected from FGM and child marriage. Plucking up her courage, the young girl ran away. “Don’t be like a flag, waving in the wind,” Neema now tells other girls, encouraging them to save themselves too.

Zawadis father had already accepted eight cows as a bride price for the 11-year-old from a 26-year-old neighbour, and her marriage was imminent. When Zawadi heard she was to be cut, she sought the help of a teacher who informed the police. In an afternoon raid, police swooped down on Zawadis home, rescued her, and delivered her to safety. Her mom didn͛t want her to be cut, but supporting Zawadi in her wishes not to be cut and married, could result in beatings for her. 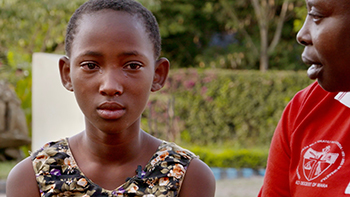 Maria was the youngest girl to reach the Safe House under her own steam during Tanzanias cutting season. Her grandmother ordered Maria to pack a bag and go to her father’s village for the mutilation ceremony. Instead, the young girl went straight to the Safe House looking for help. “I just wish I could save other girls from FGM,” the young girl says, tears streaming down her face. 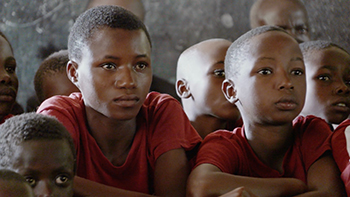 Flora was terribly torn when anti-FGM campaigners came to her school talking about the harmful effects of this tradition. Should she run away, knowing her parents would be furious, or simply give in and submit to the procedure. In the end, the young girl ran away, but her story took an unexpected turn when her father claimed her back the next day. During a dramatic police night-time raid a few days later, Floras own mother put a curse on her as police whisked her to safety, causing great anguish for the young teenager. 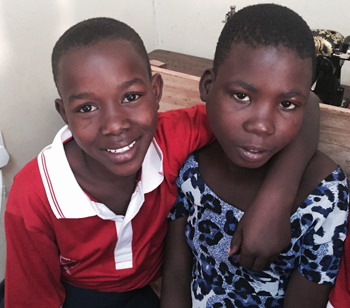 Leticia is a bright sparkling ten year-old girl who ran away from home with her 12-year old sister Rahima last December, after they found out their father was planning to have them mutilated so he could marry them off for lots of cows and ‘become wealthy.” They’d seen a cousin die after undergoing FGM and did their best to persuade Dad to cancel his plan by explaining the harmful effects of female genital mutilation that they’d heard about at school.  Sadly, ‘he could not hear our voices,’ Leticia says. They can’t go home because they fear her father would follow through with his plan.  Leticia’s dream is to “become a doctor so I can help my community.” 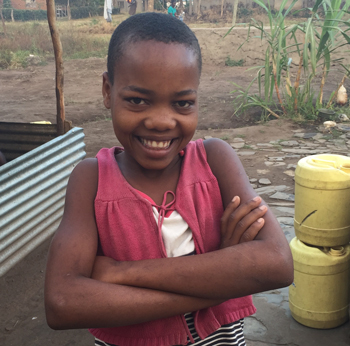 It was Neema’s grandmother who wanted to cut her but the feisty young twelve-year-old decided that this would not be her destiny.  Early one morning she put on her school uniform and pretended she was heading to classes; instead, she ran away.  She is at the Safe House, hoping that some day Rhobi Samwelly who runs the refuge and works on reconciling familes, can persuade her grandmother to change her mind about cutting her and marrying her off.  She wants to continue in school and become a teacher. 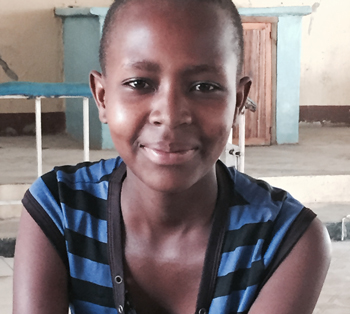 Janet comes from Safari country.  She’s a Masai girl from Tanzania’s Ngorogoro crater area, full of lions and leopards and other dangerous animals.  She once heard a neighbour’s mother say her daughter had died after being cut.  When Janet learned that her time had come, the teenager and her friend Ngaisi escaped from their village at dawn one morning.  Janet says she was terrified of FGM, and would ‘rather be eaten by wild animals than go through it.’  They ran and walked all day til dusk, then were forced to climb and hide in a tree when they spotted two Iions.  The next morning they continued on their journey, walking more than 30 km in total to the house of a woman who regularly helps girls.  Sadly, Janet says, with tears rolling down her cheeks, Ngaisi father tracked them down, and forced her her friend to go home.  Janet is safe at Rhobi’s refuge, but her friend was cut and has since been married off.  “Parents don’t have a right to cut their girls, they have a right to educate them and help them fulfill their dreams,” she says. 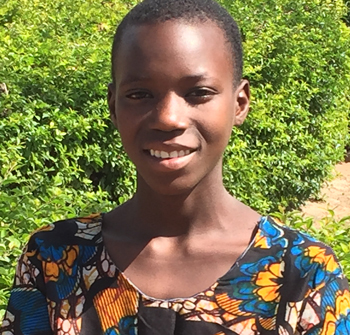 Dorika’s grandmother promised her lots of gifts—slippers, fabric, ‘whatever she wanted’ if she agreed to go through the Kuria rite of passage of being cut.  But Dorika had heard about the potential dangers of FGM— including the possibility of death—in school, and decided she had to run away.  She was afraid that if they caught her they might kill her or force her to return home, but in spite of her fears, she gathered up the courage and bolted.  Rhobi and her team have visited the thirteen year-old’s village several times to negotiate her safe return, but her mother says Dorika ‘must be cut’ if she comes home.  Although she knows cutting girls is illegal in Tanzania, she says ‘tradition is tradition is tradition.’  With the money from the cows they would receive from a suitor, they want to send Dorika’s younger brother to school.  The teenager hasn’t seen her family since she arrived at the Safe House in December 2015.  Her dream is to be a fashion designer and support herself. 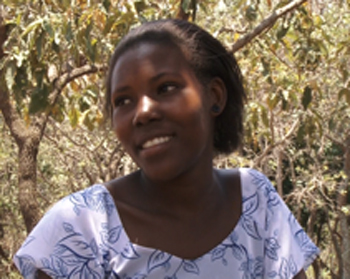 Leah’s thirty-two-year-old brother Joseph had seen two girls in his village die from the effects of FGM, and was determined that Leah and her older sister wouldn’t suffer the same fate—but his father had a different view.  He accused Joseph of bringing shame to the family, tied his son by the hands and feet, attached him to a tree, and whipped him until he was bloody.  But that didn’t stop Johannes from saving his sisters from harm; a few days later he helped them escape.  After many months and numerous visits to their house, Rhobi persuaded Leah’s father to agree not to cut her.  Leah returned home with tailoring skills that she learned at the Safe House, and now makes a living sewing clothing for the people of her village.  Her two other brothers, who had both hoped to use the bride price paid for Leah to get their own brides, have since decided they were wrong, and say they will only marry uncut women.

Traditions are beginning to change, one family at a time. 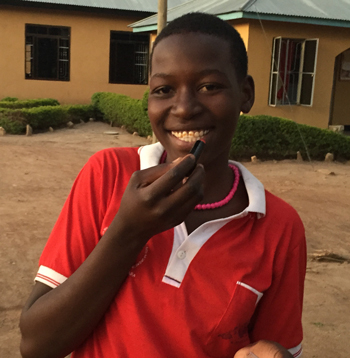 An old man came to Terry’s parents home and offered to marry her if she was cut.  The ritual was set to take place on December 12, but Terry who’d heard of the devastating harm that FGM could do, took matters into her own hands.  With no idea where she was going, she literally ran from her village to escape.  When she stopped to catch her breath under a tree, she was almost bitten by a poisonous snake.  Terrified, she struggled to continue, and luckily, after several hours, she met a good Samaritan who had heard about the Safe House and made sure she got there safely.

Terry says the men from her tribe want the girls to be cut because they believe that it makes them more faithful wives.  She believes that uncut girls are more likely to be faithful because they will have happier sex lives.  Terry thinks her parents will cut her and marry her off if she returns home—she hopes to learn skills at the Safe House and become self-sufficient.  “I know I’ll be a great example to others, because my stay at the Safe House has made me develop as a person.”  She’s been at the Safe House for over a year and wants to become a communications officer.